The Significance of Bhakti 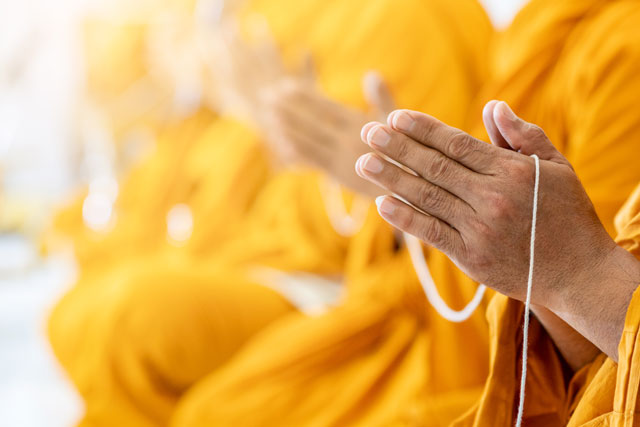 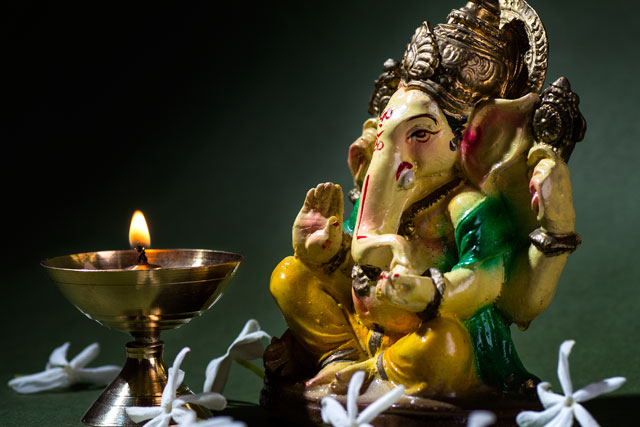 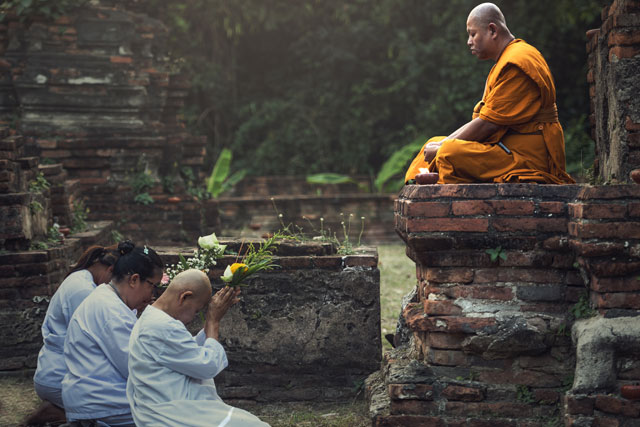 Param Pujya Dadashri explained that, of the four types of bhakti, the subtlest form of Bhav bhakti yields the greatest spiritual result. He said, “Nam-japa, Sthapna and Dravya bhakti are forms of worldly-interaction, while Bhav bhakti is of the Self-realm. The first three types of devotional worship give worldly results, and (Bhav bhakti) gives you “real cash”. We call it a “cash bank”, because it is ultimate devotional worship…. It gives immediate results.”

How Long Should One Remain A Devotee?

When asked about the purpose of bhakti, Param Pujya Dadashri praised bhakti’s role in the process of realizing one’s spiritual goal.

However, He also pointed out that seekers can get lost in the practice of bhakti - forgetting it to be a mere instrument in attaining the ultimate goal. He concluded, “The one who is not yet free from the instrument has not attained the goal.”

“For countless lives you have done paroksha bhakti (indirect worship) without knowing God. The whole world is entangled in this web … but God (Absolute Self Within) may only be found through a Gnani. How long do you want to remain a devotee? Do bhakti until you meet a Gnani and, when you meet a Gnani, then ask for moksha.”

Why should one do bhakti for Shri Sai Baba?

Sai Baba of Shirdi, also known as Shirdi Sai Baba, is revered by both Muslim and Hindu followers. He is regarded as a saint, fakir, avatar or sadguru by his followers.

He did not have love for temporary things; his sole purpose was Self Realization and he made no distinctions based on religion or caste. He preached the moral code of love, forgiveness, helping others, charity, contentment, inner peace, and devotion to God and guru.

Param Pujya Dada Bhagwan used to say that if an individual wants to eliminate the miseries of worldly life, then he or she should worship Shri Sai Baba. He is an absolutely pure and pious saint, who provides protection to all. He is bestowing worldly happiness to thousands of suffering human beings, while taking the worlds’ sufferings onto his head.

Shri Sai Baba has only one desire, and that is to relieve the suffering of the masses. He was a fakir who did not have any attachments to worldly life; he used to and continues to help human beings who are suffering.

The purpose behind placing Shri Sai Baba in the Trimandir is to remove all the obstructions that people may encounter on their path of liberation, in which, the first step is to attain Self Realization. For those who have attained Self Realization, he will help remove the obstacles on their path of liberation, which is currently through Lord Simandhar Swami.

Shrimad Rajchandra said, “A Gnani Purush is, in truth, one’s own Soul.”

“After attaining the grace of a Gnani, the Self is realized, and then the true awareness of God is attained. This God is Atma (the Self) and, having become one with the Atma, direct devotion commences.

Param Pujya Dadashri described how this is reflected in bhakti towards Him:

“When you bow down to Param Pujya Dada’s feet, you are bowing down to your own Self. This increasingly leads you towards the experience of your own Self.”

You Become That Which You Worship

Param Pujya Dadashri explained that, in Bhakti Marg (path of devotional worship), the devotee worships God from a position of separation from God. Whereas, in Gnan Marg (path of Self-knowledge), the devotee attains the experience ‘I myself am Paramatma’ (Absolute Self Within).

He revealed the fundamental principle behind this:

“The innate attribute of Atma (the Self) is that whatever it contemplates, whatever it worships, it becomes That. Therefore, what one worships is what one will become. When one does the bhakti of the Absolute Self Within, he begins to become That.”

“Here, bhakti is of one’s own Self. This bhakti of the Real directly touches the Real. Everything is done with the awareness of Shuddhatma (the pure Self), so the Self manifests increasingly. The energies of the Self blossom.”