As the youngest sibling and the only sister among five brothers, She was showered with tremendous love and attention.

From an early age, Pujya Niruma decided to devote Herself in service to mankind. She chose to train as a doctor.

After attending schooling in Mumbai, Pujya Niruma graduated with a Medical Degree from Aurangabad Medical College.

Pujya Niruma’s family assumed that She would start Her medical practice after graduation, and Her father began to plan for building a hospital for Her.

But then, in 1968, Pujya Niruma attended a satsang (spiritual discourse) of Param Pujya Dadashri.

She describes that, upon their meeting, She had a distinct and immediate feeling of having known Him before. A powerful, dedicated bhav (devotional intent) arose within, “How wonderful would it be if I could serve Param Pujya Dadashri until My final breath?!”

“As a medical doctor, I can heal people's physical illness, but… there are so many doctors to help people with their health, and there is only one Gnani Purush (embodiment of Self-knowledge) to liberate them. What could be better than to spend My life helping Param Pujya Dadashri spread the knowledge which gives peace and liberates people from worries and suffering?” 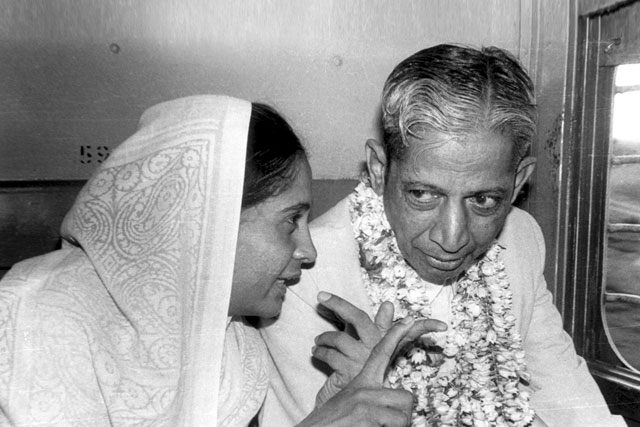 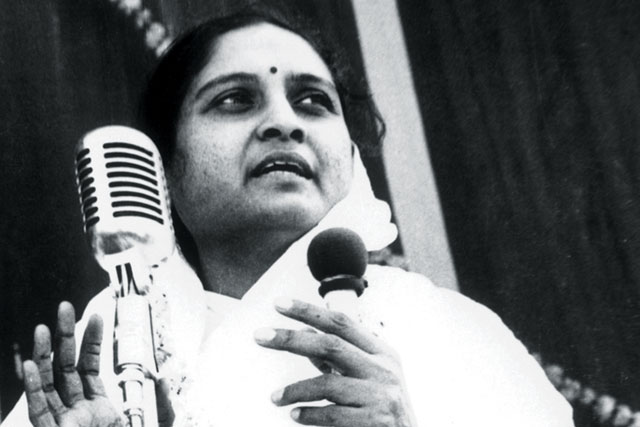 By 1973, Param Pujya Dadashri praised Pujya Niruma's ability to communicate spiritual teachings. He said, "It has been only four years since Pujya Niruben has attained Atma Gnan, yet She has the ability to make spiritual teachers and elders understand all aspects of this science."

Until Param Pujya Dadashri’s samadhi maran (passing with spiritual awareness) in 1988, Pujya Niruma served Him ceaselessly, traveling with Him within India and abroad, while He conducted satsang and Gnan Vidhi ceremonies.

Before passing, Param Pujya Dadashri clearly communicated His highest wishes and intents to Pujya Niruma, entrusting Her to execute them on His behalf. In addition, Param Pujya Dadashri entrusted Her with the special task to spiritually protect and guide Pujya Deepakbhai as a future representative of Akram Vignan.

Even while grieving the loss of Param Pujya Dadashri’s presence, Pujya Niruma travelled across the world to establish and maintain satsang groups as well as to shower love upon the worldwide community of Mahatmas (those who have attained Self Realization). 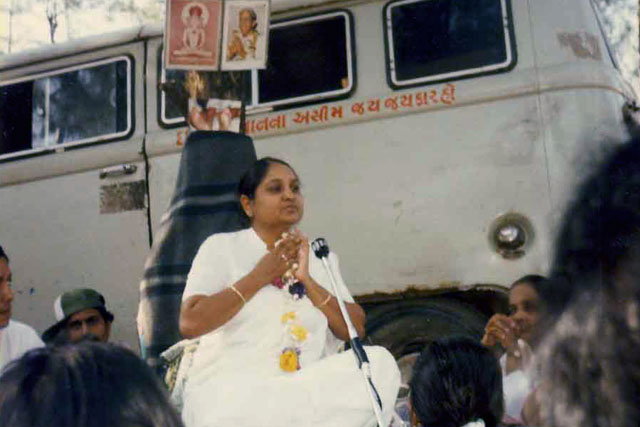 In 2002, She found an opportunity to build the spiritual community which Param Pujya Dadashri had envisioned - at the precise location He predicted it would be built!

Pujya Niruma oversaw every detail of the community’s inception, and even today, Her visionary planning and motherly love continue to guide its ongoing development.

In 2006, Pujya Niruma developed a life-threatening illness. Despite Her condition, She remained in Absolute spiritual equanimity and selfless service until Her final breath.

Through a life tirelessly devoted to Param Pujya Dadashri’s mission, Pujya Niruma has been instrumental in gracing hundreds of thousands of people worldwide.

Her parting request was, “Live with Love.”