The Significance of Aarti in Spirituality

The Science behind Aarti

Aarti or arti, known as light-offering ceremony, creates a devotional link with God, which helps one to progress spiritually. When asked about the science behind aarti (light-offering ceremony), Param Pujya Dadashri drew a distinction between performing aarti before and after attaining Self Realization.

After Self Realization, Param Pujya Dadashri explained, aarti becomes “a continuity of that which has been gained - the Self (Soul).”

Aarti of the Manifested Absolute Self

“The aarti of Lord Simandhar Swami and Gnani Purush Dada Bhagwan are exclusively of the manifest absolute Self. 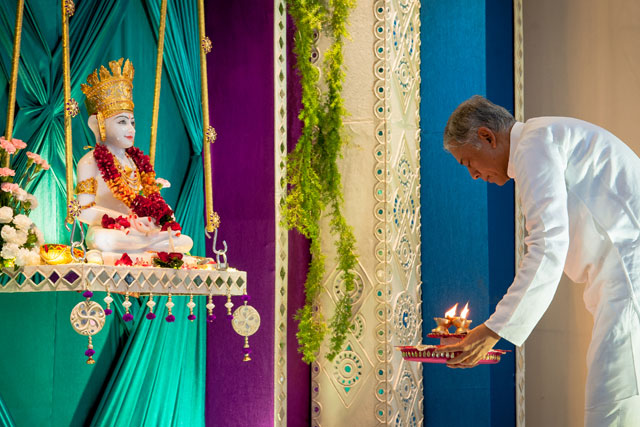 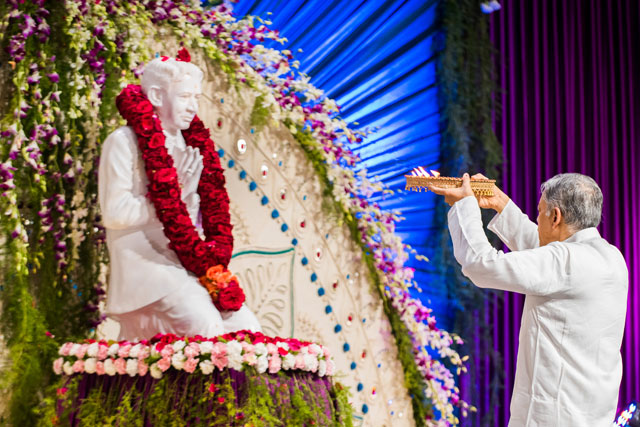 Whose devotional praises are being sung (in the aarti)? They are of the Awakened Supreme Lords. ‘Dada Bhagwan’ is, in actuality, one’s own Self. So, the aarti is done of one’s very own Self, the Real Self.

This aarti of the (manifested) Real touches the Real (Soul within the doer). Everything is done with awareness of Shuddhatma (the pure Self), so the Self manifests increasingly. The energies of the Self blossom.

This aarti reaches the Tirthankaras (Omniscient and fully-Enlightened Beings who liberate others) and the Panch Parmeshti (beings who have attained five spiritual levels beyond Self Realization) in the fifteen cosmic planes.

Can a value even be placed on such an invaluable aarti? The benefits derived are beyond measure.”

The Influence of Aarti

Describing the influence of aarti on the practitioner, Param Pujya Dadashri said:

“In whichever home the aarti of Dada Bhagwan is sung, the atmosphere of that home becomes highly auspicious. The one who performs the aarti becomes pure, as does everyone else in the home; including children, who acquire good values. Furthermore, Dada Bhagwan as well as Celestial Gods and Goddesses grace your home with Their presence; bestowing Their grace upon everyone in the family.”