Mataji or Goddess Worship: How does it Benefits Humans?

Matajis or Mother Goddesses are celestial beings who represent the naturalness of prakruti (non-Self complex of mind, speech, and body). When asked about the benefits of worshipping Matajis, Param Pujya Dadashri explained that from their worship, prakrut (non-Self, relative) energies arise, as a result of which one’s sahajata (naturalness) increases.

He elaborated, “Mataji is in the form of energy. Mother Goddess is spiritual energy. She is an embodiment of energy that one attains when ekagrata (unified concentration in mind, speech and body) occurs. She provides you with prakrut energy; your prakrut energies arise by worshipping Her.”

Param Pujya Dadashri further described the benefits of Mataji’s grace. In addition to the prakruti becoming sahaj (natural), He explained that Goddess worship results in shanti (peace), happiness, and relief from worldly obstacles.

He said, “While Matajis do not destroy your demerit karmas, they do give you prakrut energies. This is because the body-complex represents energy of the prakruti and Mataji is a powerful celestial deity of prakruti. For these reasons, one should do a lot of bhakti (devotional activity) of Mataji.”

When asked the reason why we should worship Goddesses in the form of murtis (idols), Param Pujya Dadashri explained, “Because people are not aware that this energy lies within them, it has to be worshipped symbolically.”

The Worship of Amba Mataji

Param Pujya Dadashri had an intimate connection with Amba Mataji, as He was named Ambalal (beloved son of Amba) in Her honor. He proclaimed that Ambe Maa is the Goddess of prakruti.

Param Pujya Dadashri firmly affirmed that the worship of Ambe Maa benefits both those leading worldly lives, and those on the path of moksha (liberation from the cycle of birth and death).

For those leading worldly lives, He explained that, “Amba Mataji's worship helps because the physical body is prakrutik energy and She is the Goddess of prakruti. One's prakruti will remain good, which is why one should worship Mataji. Everything becomes better through Her grace.”

Param Pujya Dadashri concluded, “Atma (the Self) becomes sahaj when the prakruti becomes sahaj. If either moves towards spontaneity, they both become sahaj. This is the reward for worshipping Mataji!”

In Sanskrit, Padmavati Devi is translated as "Divine Mother who emerged from a lotus.”

Padmavati Devi is revered as the protecting Goddess of Lord Parshvanath, the 23rd Tirthankara of the most recent chovisi (cycle of 24 Tirthankaras).

When asked about the importance of worshipping Padmavati Devi, Param Pujya Dadashri explained that, “Padmavati Devi is the Shasan Devi (Protector Goddess) of Lord Parshvanath. She is an Enlightened Devi (Goddess). She is destined for moksha and She has attained Gnan (Self-knowledge).

He concluded, “Because of Her presence and Her grace, you will experience peace and your (spiritual) path will become easier.”

Other Mother Goddesses in the Trimandir 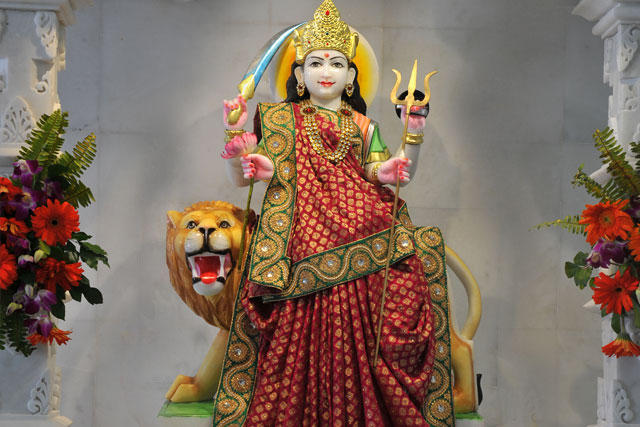 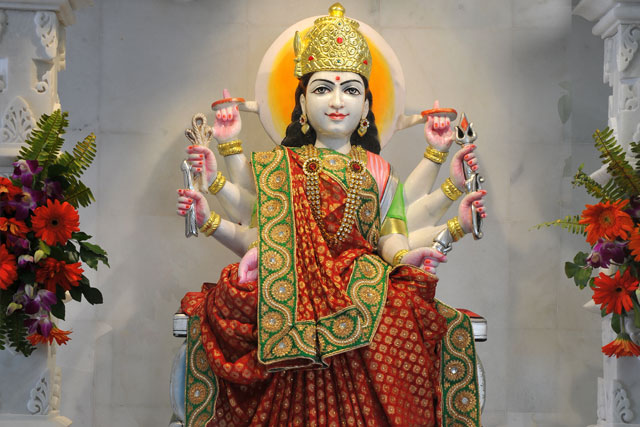 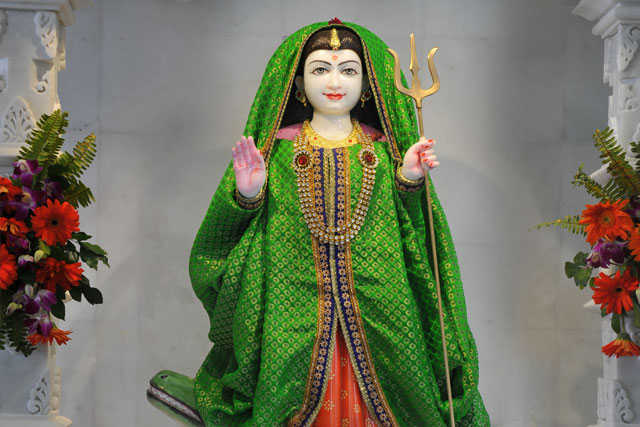 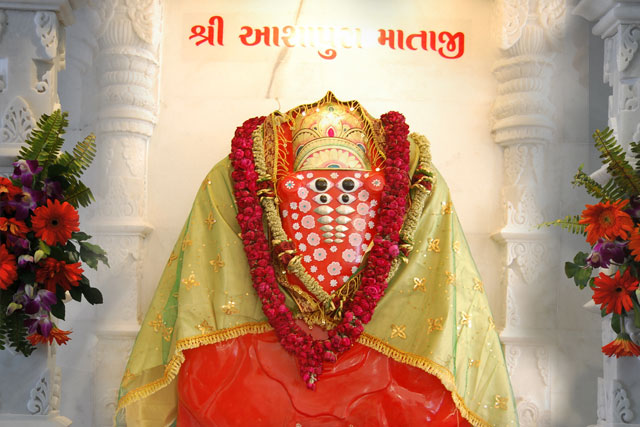