Tirthankara means “full moon”, which is a metaphor for Keval Gnan, the spiritual state wherein the absolute knowledge of the Soul is permanently established.

A second interpretation of the meaning of Tirthankara is “One who creates a Tirtha (pilgrimage site).” Ancient scriptures testify that the ground where Tirthankaras walk becomes sanctified and, thereafter, becomes a pilgrimage site.

Tirthankaras dwell exclusively within the realm of Their Soul and are entirely free of kashayas (inner “enemies” of illusion, anger, pride, deceit, and greed).

Who is an Arihant?

Arihant is a synonym for Tirthankara, and refers to the exalted spiritual stage just prior to attaining moksha (liberation from the cycle of birth and death) and entering Siddha Kshetra (abode of perfected Omniscient Beings).

Arihant are kevalis or Jinas who have won over their inner passions and have destroyed all four of Their Ghati Karmas (Soul-restricting karmas).

The sole intent of Arihants is to serve the liberation of living beings and, unlike Siddhas, it is possible to establish a connection with the currently living Arihants.

Tirthankars of the Past, Present, and Future

For the sake of recognizing the benefits in worshipping a Tirthankara, Param Pujya Dadashri distinguished three categories of Tirthankars: Those who lived in the past chovisi (cycle of 24 Tirthankaras), those who are currently living, and those who will incarnate to form the future chovisi. 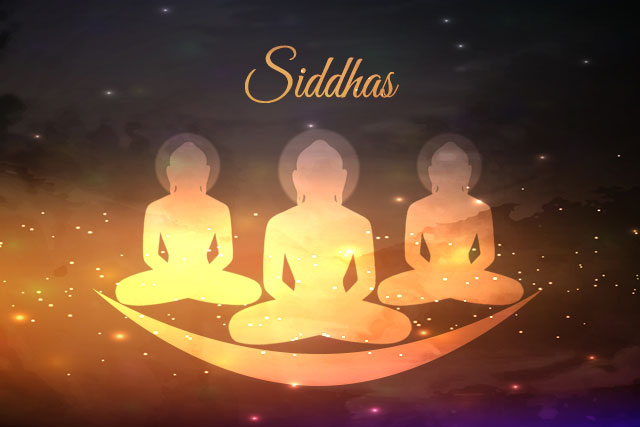 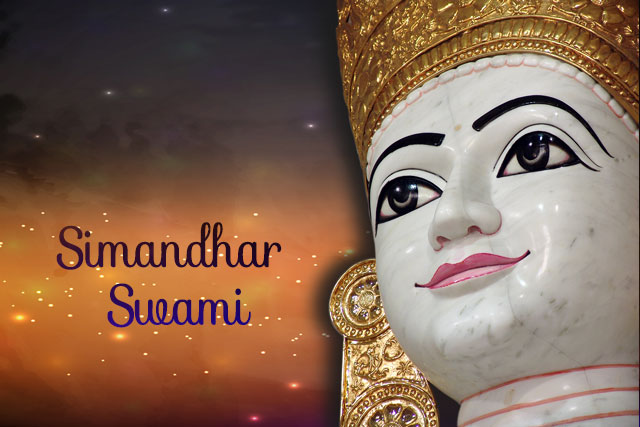 According to Param Pujya Dadashri, “We should do darshan (devotional viewing) of Tirthankara Lords belonging to all three categories. Although the past Tirthankaras are Siddhas, your worship is received by Their celestial beings who are still actively working for the salvation of the world. Lord Simandhar Swami is a current living Tirthankara whose darshan is the direct cause of your liberation. And the third darshan of the future Tirthankara Lord Padmanabha Prabhu will liberate generations and generations to come.”

Tirthankaras who lived during the previous chovisi attained moksha and became Siddhas. As Siddhas, They reside permanently in Siddha Kshetra. Although Siddha Loka is within our universe, the Siddhas residing there are inaccessible to beings outside it.

Param Pujya Dadashri explained that despite inaccessibility, punya (merit) karmas are bound by worshipping the Tirthankaras of the past; this worship is received by celestial beings on Their behalf and is beneficial for strengthening the goal of moksha.

The Trimandirs have murtis (idols) of the following Tirthankaras of the past for worshipping: 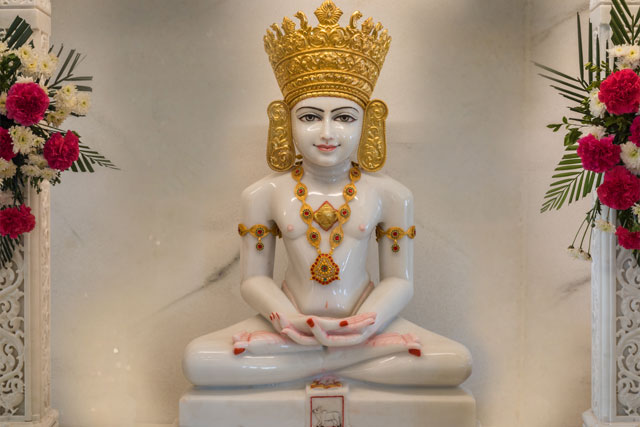 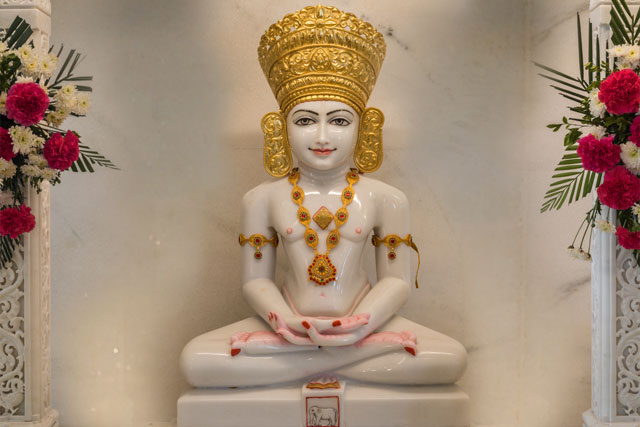 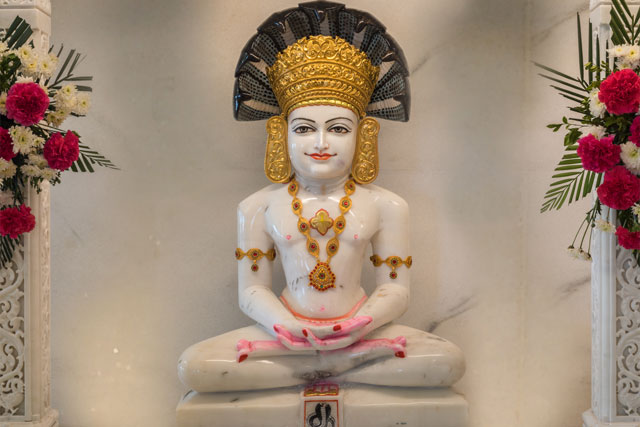 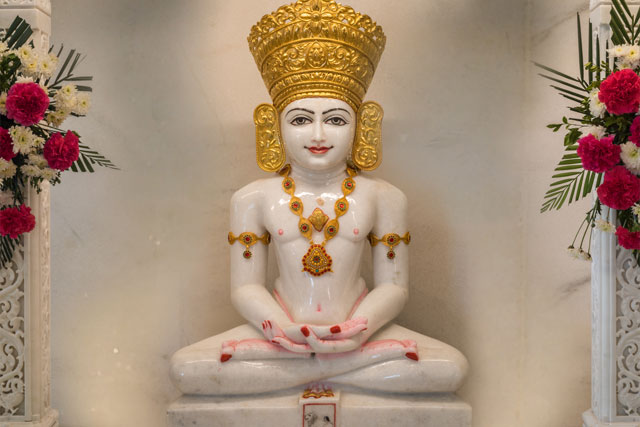 At present, there are 20 Arihant Tirthankaras in Mahavideh Kshetra (another world within our extended universe). Due to an everlasting spiritually elevated environment in Mahavideh Kshetra, Tirthankars are able to incarnate. However, They are unable to do so on Earth during the current time cycle.

Of the 20 Arihant Tirthankaras, Lord Simandhar Swami resides in closest proximity to Earth and has a unique roonanubandha (karmic obligation) to facilitate the liberation of the beings on Earth.

Param Pujya Dadashri explained that Lord Simandhar Swami’s murti (idol) must not even be considered an idol, but instead a living representation of His actual presence. He described that the benefit of Lord Simandhar Swami’s darshan (devotional viewing) is binding punyai nu bandhi punyai(merit karmas which bind further merit karmas), which facilitates one’s ultimate liberation.

One of the primary motives behind the creation of the Trimandir was to fulfill Param Pujya Dadashri’s wish for seekers to benefit from Lord Simandhar Swami’s live presence as well as to receive His grace for liberation.

It is documented in ancient scriptures that Lord Padmanabha Prabhu will be the first Tirthankara of the next chovisi on Earth.

Just as Lord Simandhar Swami is currently present to facilitate the liberation of seekers through His grace, Param Pujya Dadashri described that Lord Padmanabha Prabhu’s incarnation will liberate generations of future seekers during His time.

Lord Padmanabha Prabhu’s murti (idol) is present in the Trimandirs to support future generations – to alleviate their suffering and facilitate their progress on the path to moksha.